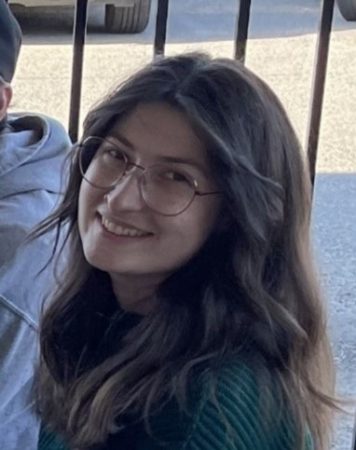 Alexa Terry joined Ovation® Fertility Fort Worth as an andrologist with a bachelor’s degree in microbiology and an interest in embryology. In less than a year, she’s already playing a pivotal role in supporting the lab’s operations.

What were you doing before you started working as an Ovation andrologist?
When I got my bachelor’s degree in microbiology and started working for a plasma pharmaceutical company, I knew I either wanted to end up working in embryology or forensics, where a lot of my friends work. It’s funny because they’re two different areas: birth and death.

I ended up finding a position in andrology, and I love it. My goal is to transition into an embryologist role in the lab, and my boss Tonya [Ferguson] supports this too.

How did you start working at Ovation?
It’s kind of a funny story. I’m originally from Austin, and my friend Jacqueline Charpentier was working in the Ovation Austin lab. I was interested in working there too, so I asked her to let me know when there was an opening.

When she let me know there was an opening, it turned out that I was planning to move to the DFW area. She recommended that I get in touch with Tonya since she’s the lab director for Ovation Fort Worth. I reached out to her on LinkedIn and there ended up being an open position in the lab. Long story short, I moved here in March of last year for this job, and I’m very thankful that Jacqueline helped me find this position.

What is an average day of work like for you?
It’s different every day. I do the typical tasks that an andrologist does, like performing semen analysis and preparing sperm samples for insemination.

Also, since Tonya is out for medical leave, I’m taking on responsibilities beyond regular andrology work. I’m basically serving as the unofficial supervisor while she’s out. This includes helping with embryology paperwork and training new employees.

What’s your favorite part of working for Ovation?
I really like the mindset of leadership at Ovation. They care about your time at work and time away from work. They understand how hard we work and encourage us to find balance so that we can enjoy our lives.

What do you like to do outside of work?
I like to spend time watching cooking shows and then thinking about cooking the things I saw. I’ve also taken up roller skating, but it’s a lot harder to learn how to do it when you aren’t a kid.