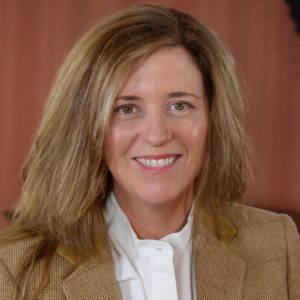 Traveling the world as she expanded her experience in the science of fertility, Amy Jones, MS, ELD (ABB), scientific director of Ovation Fertility Genetics, has served on the faculty, managed or worked for in vitro fertilization, IVF, labs throughout Europe and Asia as well as in the United States.

She introduced the intracytoplasmic sperm injection, ICSI, technique to the IVF lab at the Manchester Bupa Centre in Manchester, England. In addition, Jones served as a senior embryologist at the Società Italiana Studi di Medicina della Riproduzione (SISMeR) in Bologna, Italy; a lab director at IMER Instituto de Medicina Reproductiva in Valencia, Spain; and a contract embryologist for Malpani Fertility Services in Bombay, India.

Jones returned to the United States and became the IVF lab supervisor and director of a preimplantation genetic diagnosis, PGD, program in Atlanta. She also was the director of preimplantation genetic screening, PGS, and the egg banking programs at Nashville Fertility Center. While there, she developed an on-site donor egg bank and a PGS lab that utilized fluorescent in-situ hybridization (FISH) and array comparative genetic hybridization (aCGH) systems.

Jones earned her master’s degree in clinical embryology at Donau University of Krems in Krems, Austria, and her bachelor’s degree in human biology from Emory University in Atlanta. She graduated with high honors from both universities.

Jones’ research in the area of mitochondrial and epigenetic effects of oocyte cryopreservation was awarded the Prize Paper by the American Society of Reproductive Medicine.

Jones’ ongoing research focuses on mitochondrial function and distribution in oocytes and embryos. Her work has been published in numerous medical journals including Fertility and Sterility, Human Reproduction and the American Journal of Obstetrics & Gynecology.