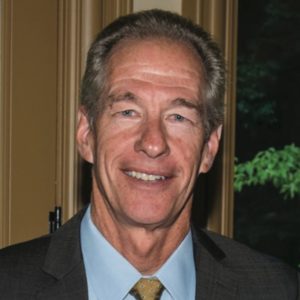 Clifford Adlerz assumed the role of interim CEO of Ovation® Fertility in April 2021. He has also been a member of Ovation’s board of directors since August 2020, bringing more than 20 years of operational and executional experience.

Adlerz has been a director of Nashville-based Surgery Center Holdings, Inc. (a.k.a. Surgery Partners, NASDAQ: SGRY) since September 2017, and previously served as interim chief executive officer of that company from September 2017 through January 2018. Surgery Partners is a leading operator of surgical facilities and ancillary services, with more than 180 locations nationwide.

Before his time at Surgery Partners, Adlerz served as president of Symbion Healthcare, a large multispecialty provider of ambulatory surgery centers and hospitals, which was acquired by Surgery Partners in 2014.

Prior to joining Symbion, Adlerz was division vice president of HCA, the healthcare facilities operator, as well as regional vice president of Midsouth HealthTrust. Earlier in his career, he served on the board of directors for the National Ambulatory Surgery Center Association and was part of the leadership group for ASC Quality Collaboration.