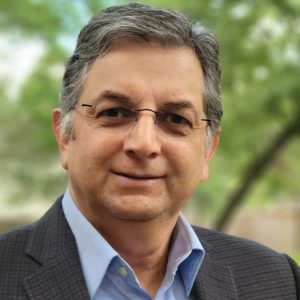 Khalied Kaskar, PhD, HCLD is the laboratory director for Ovation® Fertility Austin and Ovation Fertility San Antonio as well as the Ovation andrology labs in New Braunfels, Round Rock and South Austin. He earned both his Bachelor of Science and Master of Science in physiology from the University of the Western Cape in South Africa. Dr. Kaskar then completed his PhD in medical bioscience from the University of the Western Cape.

Extensive experience in laboratories around the globe

Early in his career, Khalied Kaskar, PhD performed research at Tygerberg Hospital in South Africa. His research focused on developing a computerized system for measuring motion characteristics of sperm.

Dr. Kaskar then worked as a chief IVF technician in Saudi Arabia to help set up an IVF laboratory in the National Guard Hospital before moving to the United States. Once there, he worked as an embryologist in Kentucky and then Texas. He then served as the IVF laboratory manager and later the IVF laboratory director for the Family Fertility Center. He is also an assistant professor at the Baylor College of Medicine in the Department of Obstetrics and Gynecology.

Thanks to Dr. Kaskar’s extensive background in assisted reproductive technology, he is able to oversee all aspects of Ovation Fertility labs in Texas, including in vitro fertilization (IVF), intracytoplasmic sperm injection (ICSI), preimplantation genetic testing (PGT) and cryopreservation of eggs and embryos.

Khalied Kaskar, PhD is the author of many publications and abstracts, including research on optimizing blastocyst development using different media and culture conditions, and analyzing culture media for biomarkers to predict implantation potential of embryos, and embryo time-lapse morphokinetics.

He is a member of the American Association of Bioanalysts (ABB) and the American Society for Reproductive Medicine (ASRM). Dr. Kaskar is also certified as a High Complexity Clinical Laboratory Director (HCLD).

Contact us to learn more about Ovation Fertility labs in Texas.